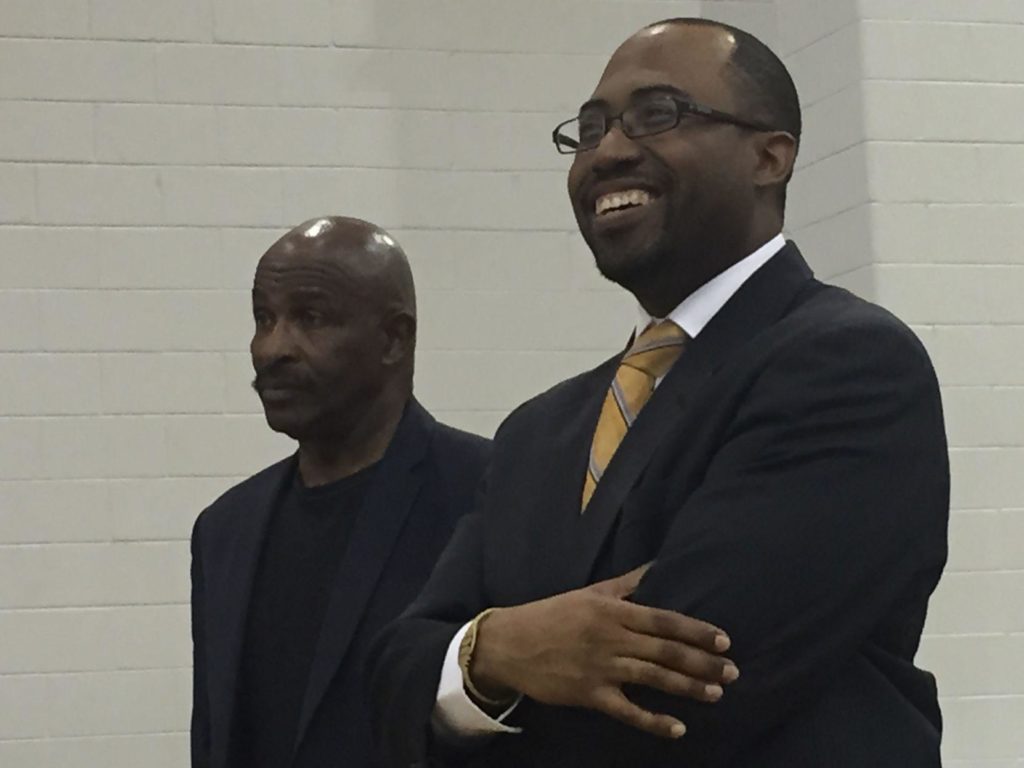 Black churches should grow produce on their land and establish food networks so their members can eat fresh food and improve their health, two ministers said Tuesday night.

The Rev. Richard Joyner, the founder of the Conetoe Family Living Center and the pastor of the Conetoe Missionary Baptist Church, both in southeastern Edgecombe County, participated in the forum, “Fighting Fire with Food: Growing Health for the Beloved Community” at Greater Cleveland Avenue Christian Church at 5095 Lansing Drive in Winston-Salem.

The Rev. Heber Brown, the pastor at Pleasant Hope Baptist Church in Baltimore, joined Joyner in talking about how their churches established food networks with gardens in the past 10 years. About 110 people attended Tuesday’s event.

Joyner said he started the center to improve the health of blacks after he noticed that his church held 30 funerals in a year for members who died in their 30s from mostly preventable illnesses.

“We were definitely in a food desert,” Joyner said. “I just wanted to stop people from dying.”

Joyner said he and his church decided to establish the Conetoe Family Living Center and persuade children to grow food on its land to sell throughout Eastern North Carolina. The center’s staff also convinced the children to eat Sunday dinners with their parents and siblings as they provided the fresh vegetables that they grew, Joyner said.

“It made those students feel good that they provided food for their Sunday meals,” he said. “They harvested that food with their own hands.”

Photo: The Rev. Heber Brown, the pastor at Pleasant Hope Baptist Church in Baltimore (right), and the Rev. Richard Joyner, the founder of the Conetoe Family Life Center and the pastor of Conetoe Missionary Baptist Church, talk about their efforts to create food networks at their organizations during a forum Tuesday night at Greater Cleveland Avenue Christian Church in Winston-Salem.John Hinton/Journal