BCFSN Board Member Travels To Haiti; Sees Connections To Our Work 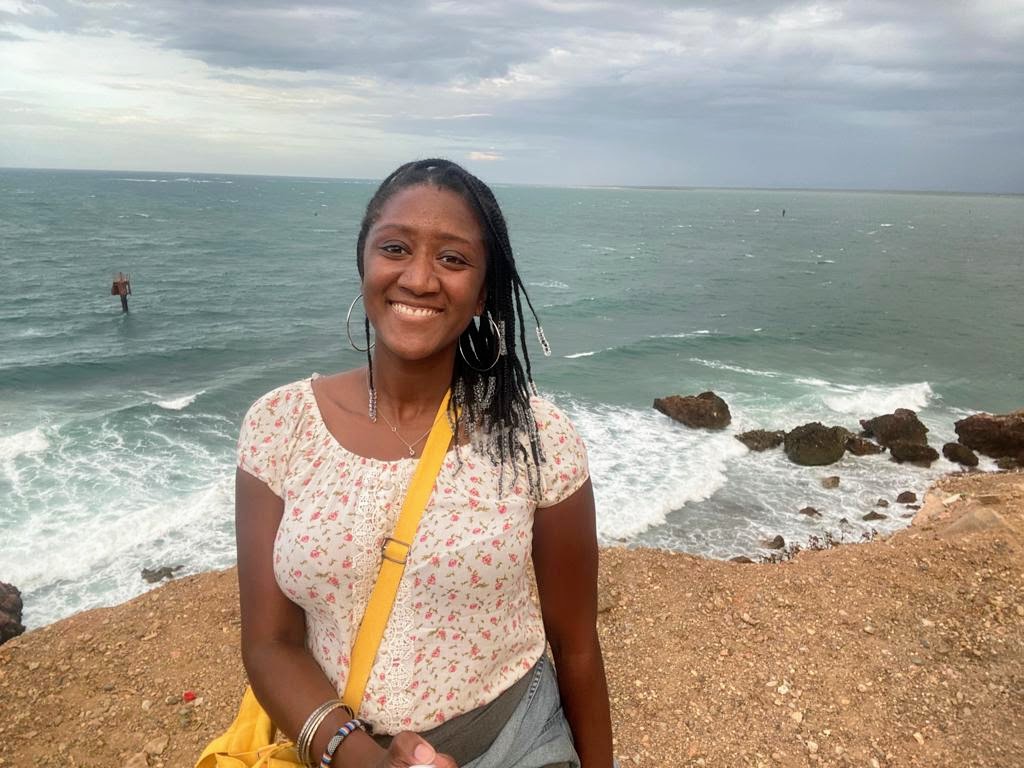 BCFSN Board member, Austen-Monet McClendon, has just traveled for the second time to Haiti in order to study and explore more of this nation’s great culture.  McClendon offers great insights especially in how she sees linkages between Haiti’s revolutionary history and the current work and philosophy of The Black Church Food Security Network.  Check out her responses to the questions below that she sent from Haiti describing more about her latest trip to this nation.

Why did you decide to participate in this trip to Haiti?

As soon as I saw the advertisement for this trip on Dr. Bayyinah Bello’s social media page I was really excited about the opportunity. The idea of spending a week with a Haitian “Ourstorian” expert and spiritual legend/giant like Dr. Bello in a part of Haiti I had not visited sounded like the perfect trip for me. Any opportunity I come across to learn more about Haitian history I take it. African descended people in the Diaspora owe SO much to Haiti! The Western world in general owes so much to Haiti. If the Haitian Revolution had not been successful, Thomas Jefferson would not have been able to easily strike the Louisiana Purchase deal with France in 1803, a transaction that doubled the size of the United States that year. The success of the Haitian Revolution in 1804 heavily contributed to the abolition of the European Slave Trade of Africans which means their sacrifice helped bring about Black liberation from slavery throughout the Americas. Not only was Haiti a safe haven for enslaved Africans fleeing bondage in America in the 1800’s but after they won their independence, Haitian people contributed to the liberation of other nations in the Caribbean and South America as well. It is for this reason that Western nations like France, Canada and the USA in particular continue to militarily occupy Haiti, infiltrate their politics, steal their gold reserves, destabilize their economy, and clandestinely appropriate their land in the name of providing “U.S. and U.N. AID”. The American empire and the West in general continue to punish Haiti for having the determination and fortitude to end European enslavement on their own terms. Giving Haiti the space to develop social and economic systems that would allow the masses of its people to thrive would disrupt the global racial caste system rooted in capitalism that keeps Black people at the bottom of the economic ladder. A successful Haiti would demonstrate to Black people everywhere the power of Black collectivity and Black self-sufficiency so the U.S., in collaboration with other Western nations does almost everything in its power to maintain neo-colonial control over Haiti despite its declaration of sovereignty in 1804. In spite of it all, there is so much beautiful history in this country and so much wisdom, knowledge, and dynamism among the people. What Western powers have done to Haiti are some of the worst, most egregious crimes in world history yet the same spirit that led the Haitian people to victory in 1804 still dwells here and within the people.  This spirit is palpable every time I visit. We all have something to learn from Haiti, its history and its present, which is why despite the continuous negative, narrow, and imbalanced propaganda corporate media pushes out about the nation I always jump at the opportunity to experience more of it. 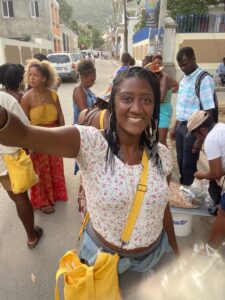 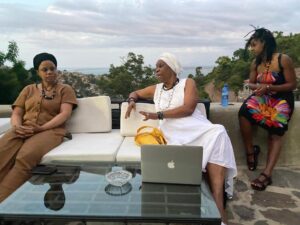 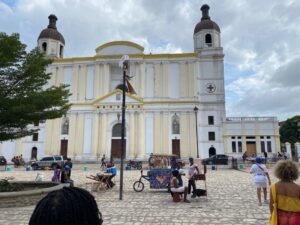 What is one way that Haiti factors into our work at The Black Church Food Security Network?

Before France and America drained Haiti of its financial resources, Haiti represented Black freedom and independence for African descended people everywhere in the Americas. Land and farming were central to the country’s early success as an independent nation and throughout the revolutionary period.  In forging a path to independence from colonial rule, Haitians knew the development of their own farming systems were a high priority. The success of the Haitian Revolution is a testament of what is possible when we as Black people are intentional about decolonizing our conscience and spirituality. When we study our history, honor our Ancestors, and put in the work (like Haitians did and continue to do) to create our own economic systems apart from European controlled systems, we can put an end to Black oppression and collectively thrive as God intended. 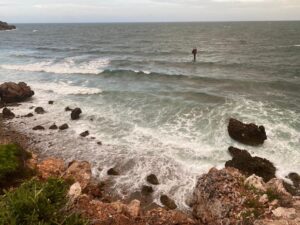 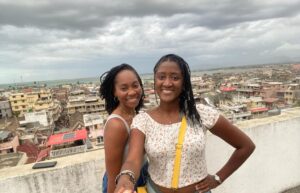 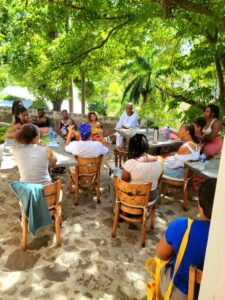 What do you hope to experience in Haiti during this trip?

I hope to build relationships with like-minded people on this trip and to learn spiritual practices that will enhance my connection with my Ancestors and the God of my salvation. I am looking forward to sitting at the feet of Mama Bayyinah Bello for the next several days and gleaning as much as I can from her arsenal of wisdom. There is so much natural beauty and organic, fresh food here in Haiti. The many mountains are particularly inspiring. Shout out to the Faith & Money Network for orchestrating my unforgettable first visit and physical introduction to Haiti in 2017 and shout out to the 4 Pillars of Culture organization for organizing this amazing second trip. We are going on a beach excursion in Labadee and will ride horses to the historic Citadelle Henri in a few days! I am also looking forward to learning as much as I can about their food culture, heritage and farming practices. It’s been incredible so far and there’s so much more to come!

For more on the history of Haiti visit the following links: