Faith Food Freedom Summer | Side Story
Food as Liberation: How Black Food Sovereignty is Tied to the Prison Abolition Movement
Prison abolition is quickly gaining momentum in the United States as a response to the failures of our current system of criminal justice. How do prison abolition and food sovereignty relate, and how can urban agriculture be used to help dismantle the carceral state?
bcfsn
August 10, 2020 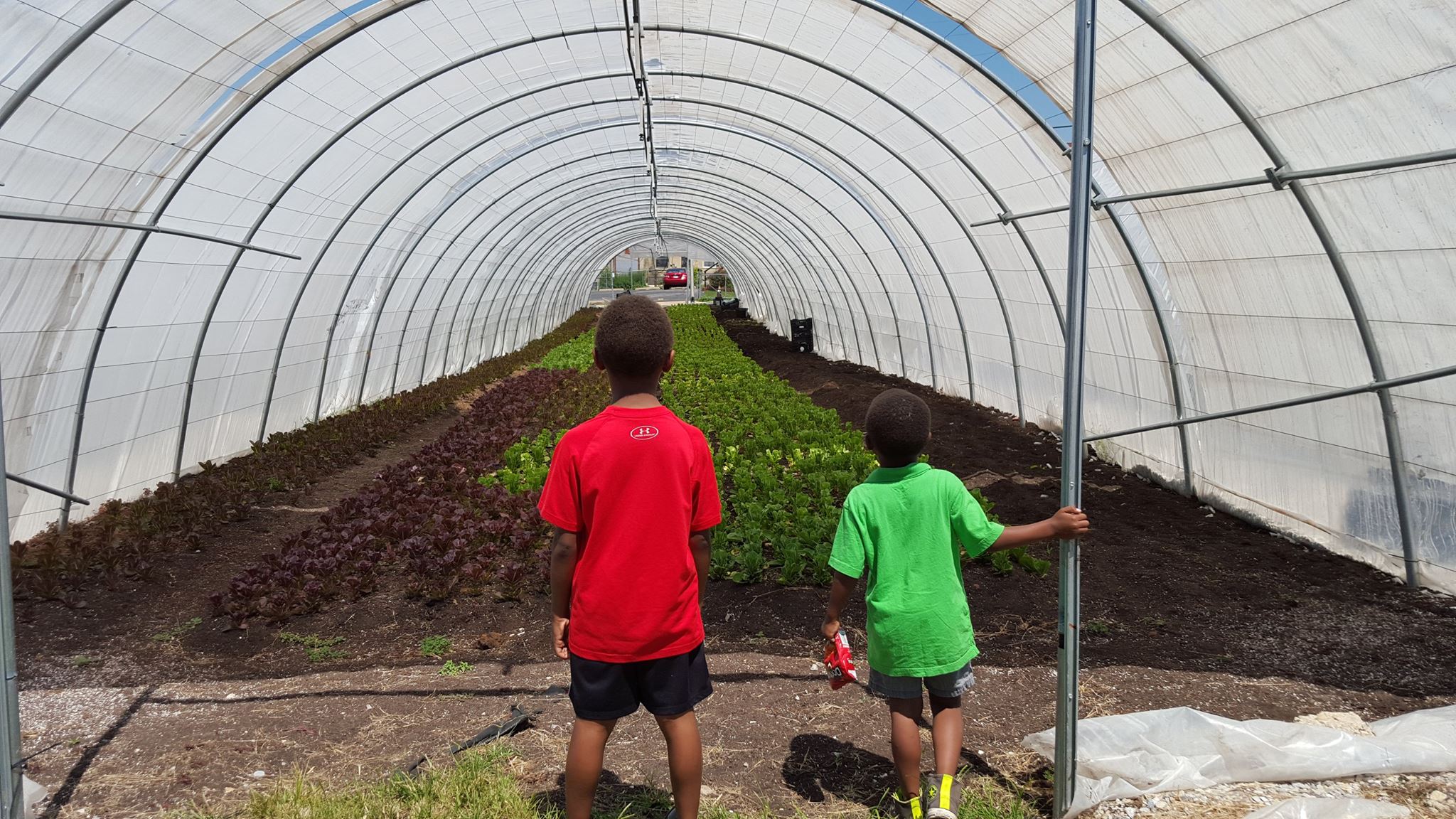 Prison abolition is quickly gaining momentum in the United States as a response to the failures of our current system of criminal justice. How do prison abolition and food sovereignty relate, and how can urban agriculture be used to help dismantle the carceral state?

The aftermath of the George Floyd protests has brought prison abolition from the margins of public consciousness to the mainstream. People across the country, from legislatures to foundations to prominent media outlets, are having conversations about the historical origins and function of modern day policing as a means of upholding capitalism and institutionalized white supremacy. For example, calls to abolish the police have led some legislatures such as the Minneapolis City Council to consider disbanding its police force in its entirety. Other cities such as Baltimore, New York City, and Los Angeles have seen widespread protests in support of defunding the police and redistributing public funds from bloated police budgets to education and social services. The outcome and true revolutionary potential of this moment is yet to be determined–however, this moment has fundamentally altered the content of struggle in the United States.

Against this backdrop, we explore the intersections between food sovereignty, urban agriculture, and prisons as a means to operationalize an abolitionist vision. How do we use food as a tool for resistance? For liberation? What role can urban agriculture play in dismantling the carceral state? Through exploring these questions during the Faith, Food, and Freedom Summer Campaign, we hope to introduce an additional dimension to the fight for Black food sovereignty.

What is Prison Abolition?

At its core, prison abolition is about how we, as a society, address harm. Leading abolitionists such as Angela Davis, Ruth Wilson Gilmore, and Mariame Kaba propose that instead of keeping us safe, our criminal justice system in fact creates more violence, more oppression, and ultimately more harm than it claims to solve. As the origins and evolution of prisons and policing in the United States are rooted in slavery–and modern day prison itself was developed as a slavery reform–abolitionists contend that there can be no true liberation in a world where prisons and the concept of carcerality itself exists.

Scholars and activists have deconstructed the prevailing logic of increases in crime as a justification for mass incarceration. Today, it is well known that the rise of mass incarceration in the 1970s onwards was largely unrelated to crime rates, and moreso a product of an evolving system of racial control. The rapid expansion of prisons during this time period correlated to crises in racial capitalism caused in part by deindustrialization, globalization, and automation. As the United States began to shift toward neoliberalism, the loss of jobs in many cities, combined with the dismantling of the welfare state, led officials to turn to prisons as a means of warehousing a racialized “surplus population”–individuals cut out of the modern economy and thus deemed disposable.

This simultaneous turn toward deindustrialization and incarceration hit cities like Baltimore the hardest. “Tough on crime” policies allowed prisons to become a catch-all solution for more and more of our society’s problems, including drug addiction, mental health illnesses, and a lack of economic opportunity. The fabric of our communities began to tear. In Baltimore, over 7,500 out of the city’s 620,000 residents were imprisoned as of 2016, leading to an incarceration rate of 1,255 per 100,000 residents. Nationally, the rate of incarceration was 455 per 100,000 residents at the time. And while only one out of ten Maryland residents is from Baltimore, one out of three individuals in Maryland state prison is from the city.

Thus, abolitionists maintain that prisons do not in fact keep us safer; carceral institutions destabilize communities and serve as state-sanctioned sites of violence against mainly Black and brown individuals. In the face of this harm, abolitionists propose alternatives to our current retributive systems of justice. According to the grassroots organization Critical Resistance, abolitionists work to build self-determined communities to facilitate access to resources such as food, shelter, healthcare, and conflict mediation without penal intervention. In this way, instead of the mere absence of prisons, abolition is about presence – the development of core systems of support outside of incarceration.

One such form of community self-determination can be found in urban agriculture and the movement to advance Black food sovereignty in the face of food apartheid. The ideologies, structures, and conditions which gave rise to mass incarceration are the same ones that created food apartheid, defined by Karen Washington as the ways in which economic inequality and systemic racism permeate all levels of our food system. For example, research has shown that neighborhoods in Baltimore under food apartheid have not only been historically hypersegregated, disinvested in, and redlined, but are the same communities where residents are overpoliced and hyperincarcerated. Many individuals find themselves trapped in a pattern of cycling between prisons–where prison food is a proven public health crisis–and their home neighborhoods, where food conditions again worsen health. In addition, research has also connected the link between poor health, hunger, and increased instances of violence, both inside and outside of prisons.

The struggle for Black food sovereignty is inherently intertwined with the prison abolition vision. Food conditions in prisons cause or exacerbate health conditions such as diabetes, hypertension, and chronic heart disease, and individuals return home to find themselves in an environment again devoid of healthful food. Carcerality extends beyond the walls of the prison, and urban agriculture is one way to bridge the divide between the realities of eating inside and outside of confinement. By providing fresh, nutritious, and wholesome foods to Black and brown communities, urban farms and organizations fighting for food sovereignty contribute to the creation of new forms of social relations. These new social relations have the potential to exist outside of traditional capitalist relations–and thus outside the structures that have created the conditions for and protect the racialized carceral state. In this way, the creation of new forms of social relations to feed Black and brown communities undermines the larger oppressive systems that make prison itself possible.

Ruth Wilson Gilmore states that “abolition is about changing one thing, which is everything”. Communities are reclaiming ownership of food provision in the face of food apartheid through urban agriculture. By advancing Black food sovereignty and communal self-determination, the Black Church Food Security Network and similar organizations are building alternatives to our current criminal justice system and providing fresh, healthy foods for all. You can help support our work by donating to our Faith, Food, and Freedom Summer campaign.

← Prev: Food, Faith, and Freedom: A Conversation with Sha’Von Terrell Next: Seed Libraries - Preserving the Past for the Future → 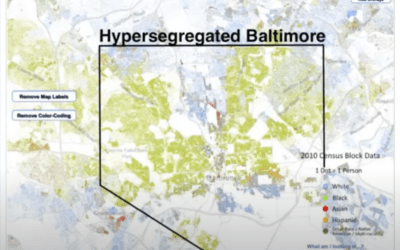 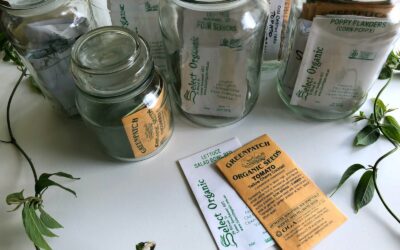 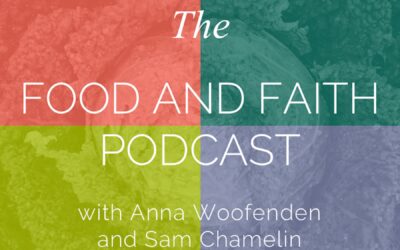 Food, Faith, and Freedom: A Conversation with Sha’Von Terrell