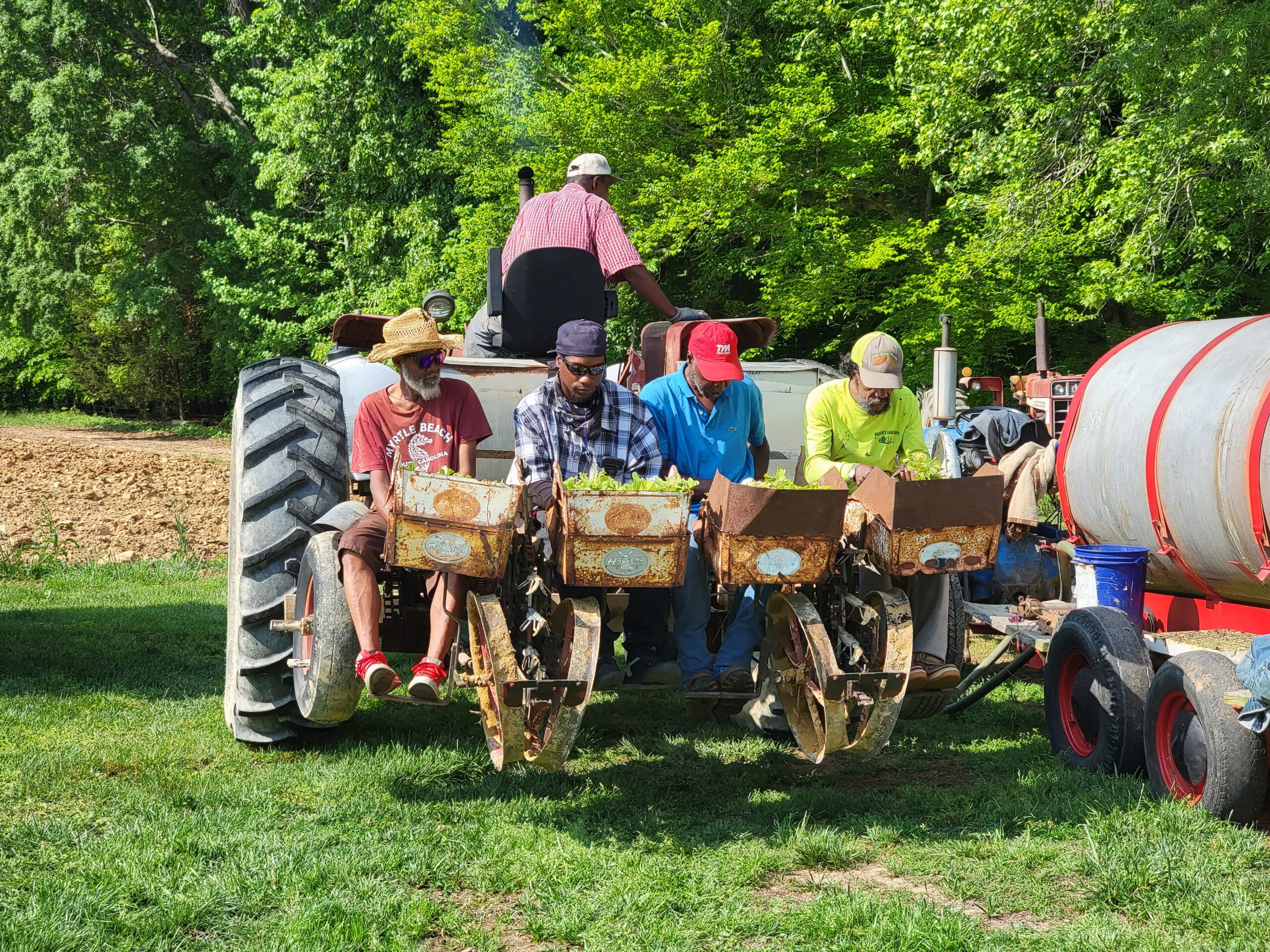 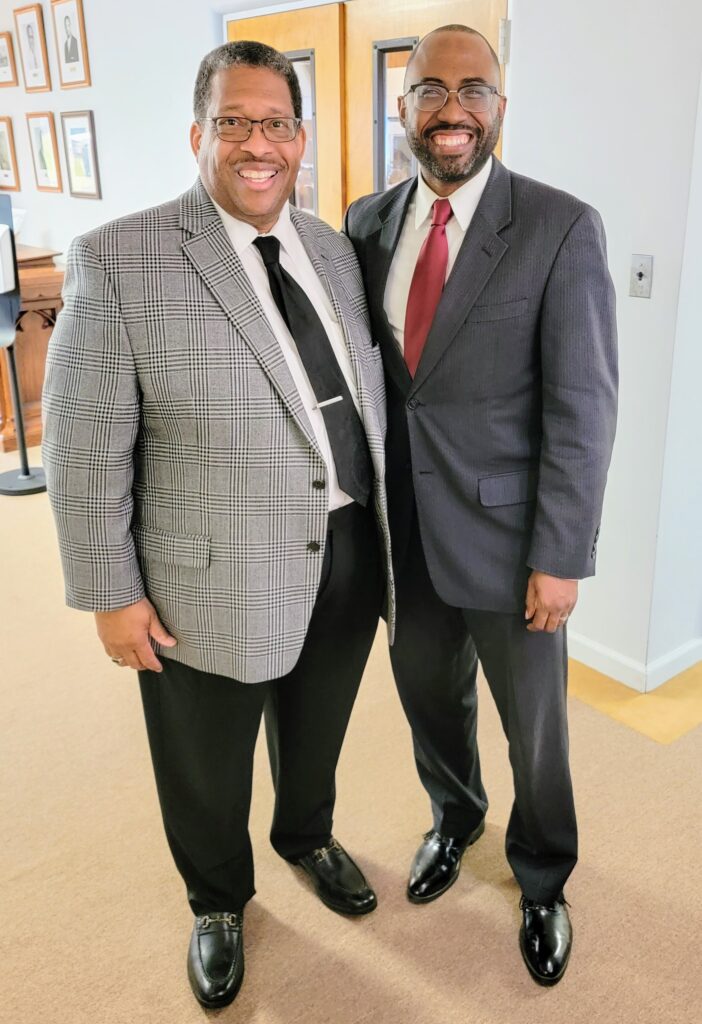 The day after my final Sunday as pastor of Pleasant Hope Baptist Church, I was on a plane headed to North Carolina.  I was invited to speak at the Mid Year Conference of the General Baptist State Convention of North Carolina, Inc. (GBSCNC) – a state convention of the National Baptist Convention which is the largest African American Christian convention in the United States.  Rev. Dr. Leonzo Lynch currently serves a president of the NC state convention and is also a family friend and mentor.  He’s literally known me since I was a boy and has been very close friends with my father, Bishop Heber Brown, II, for decades.  Dr. Lynch is one of the greatest Black Church historians that I’ve ever met.  His mind is amazingly sharp and while spending time with him at the conference, I was blessed to meet his father as well.  I was able to see where Dr. Lynch got his mental acuity from .  “Daddy Lynch” has to be somewhere in his 80’s and served as a pastor in my paternal family’s hometown of Ayden, North Carolina for far more years than I’ve been alive.  I can’t explain the deep appreciation I had sitting in circle with Dr. Lynch and other pastors as Daddy Lynch held court after the morning’s workshops.

Dr. Lynch had the foresight to not only invite me to speak at their Mid Year Conference this year, but also asked that I come back in October 2022 to present at their Annual Conference in order to showcase what we will accomplish with NC churches over the summer and fall.  My presentation at the Mid Year Conference was enthusiastically received and churches began signing up to become members of BCFSN right on the spot.

But our trip did not just provide an opportunity to deepen connections with church leaders; we also met with farmers and food system folks. My dear brother and nutritionist, Adante Hart, along with friends, Sandi Kronik of Happy Dirt and Erica Williams Simon helped to organize a wonderful itinerary that allowed me to meet Black farmers and tour their farms.  It was so inspiring!  Here are some highlights of the people and places that I encountered: 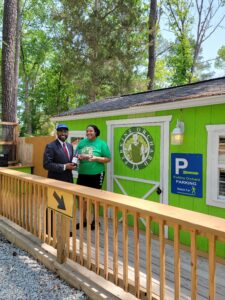 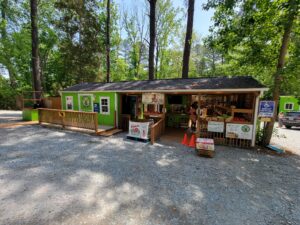 So much great food here 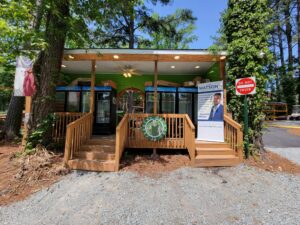 Such a great outdoor market

I learned about Perkins Orchard on instagram.  This African American family-run business started as a farm stand on the side of the road.  Now they have a growing operation that is run by the 20-something year old grandson of the founder! 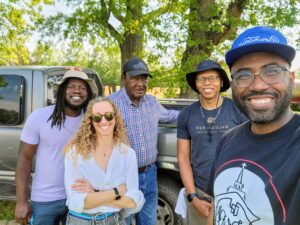 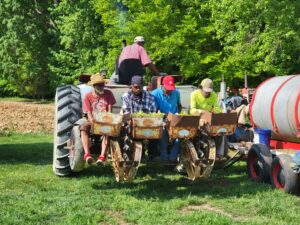 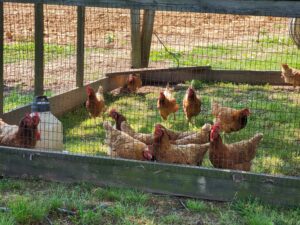 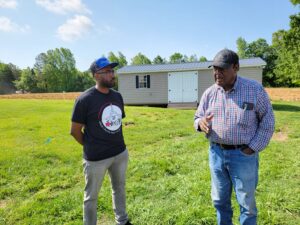 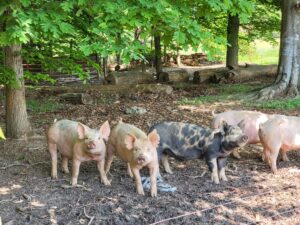 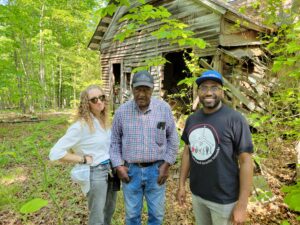 Mr. Stanley Hughes & Mrs. Linda Hughes  are definitely two people that you should know!  Pine Knot Farms is a legacy Black farm in North Carolina that in September 2022 will celebrate it’s 110th anniversary!  We hear so much about Black farm land that was taken that it can be easy to forget that some farms are still here.  Walking the grounds of Pine Knot Farms with Mr. Hughes and hearing him talk about the history of his family was deeply moving.  Mr. Hughes is the first Black certified organic farmer in North Carolina!  He’s a walking encyclopedia of information.  Mrs. Hughes is a dynamic educator and organizer in her own right.  She greeted us warmly when we pulled up and within minutes she felt like a family member.  She would want me to tell you that they’re having a big celebration to commemorate their 110th year on Saturday, September 17, 2022.  Mark your calendars! 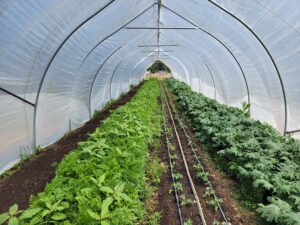 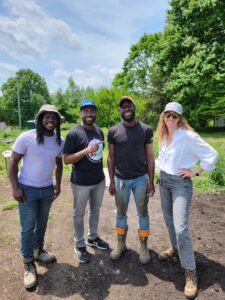 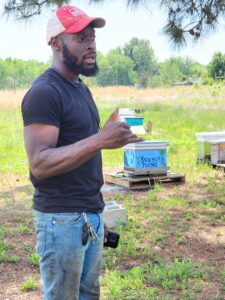 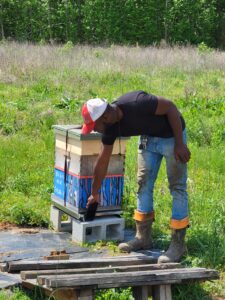 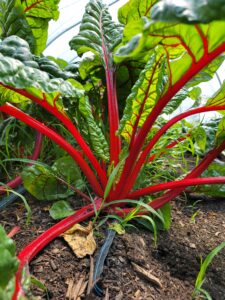 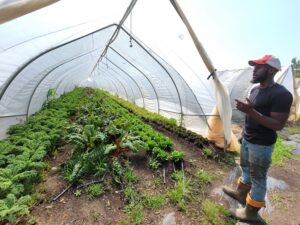 Meeting Kamal Bell was another highlight of the day of Sankofa Farms.  As a young adult farmer, he has sharp insight on the current state of agriculture.  I really enjoyed his thoughts on living a balanced life as a farmer as well.  As a husband and father, he’s very focused on making sure that the farm does not override his commitment to his family.  He uses technology on his farm in ways that I’ve never seen close up.  As a techie, I was loving it!  I was also loving the delicious produce and was so glad when he invited our group to eat from his fields. 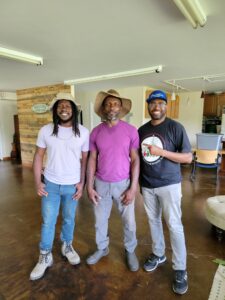 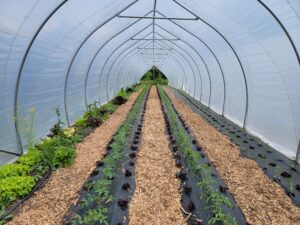 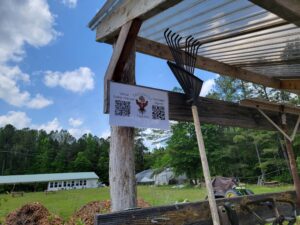 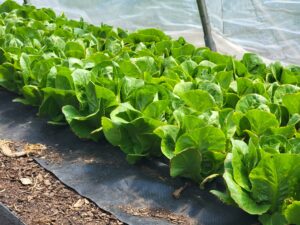 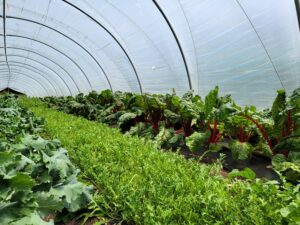 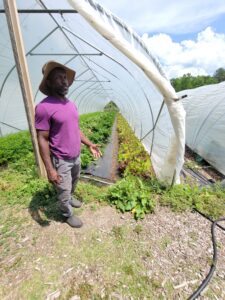 Howard Allen of Faithfull Farms is a deeply spiritual man and walking his farm was like entering a sanctuary.  It was so serene!  I was told that Bro. Howard is an “OG” of the local farming community and I could tell why.  He’s a systems thinker that can break down every part of his farm from the financial and operational aspect.  He’s determined to do all he can to help others start farms and glean from his blueprint.  It was great being at this farm too because Bro. Howard’s church owns the land and allows him to farm on it.  It’s a great example of what can happen when churches re-imagine the use of their physical assets.

After leaving the farms, I caught up with old and new friends and partners.  I’m already planning my next trip back to North Carolina to continue building bridges between the faith and farming communities.  Can’t wait!

← Join Our Team! Our Spring Membership Period Is Now Open! →