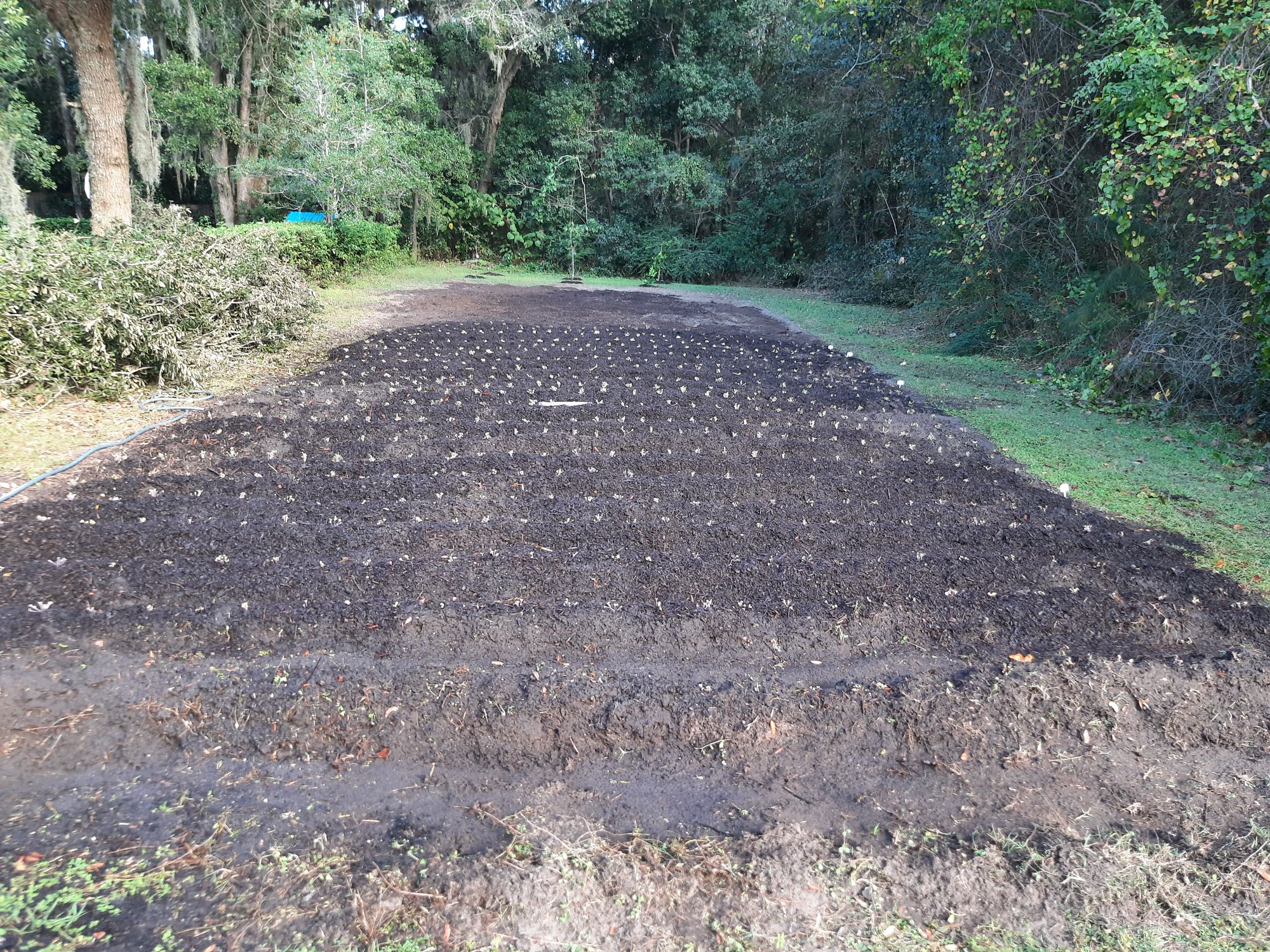 In Jacksonville’s Westside, there is the little church that could. A Masters Touch Ministry was one of the first members of the BCFSN of Jacksonville and their journey has been quite inspiring. Starting last Spring, A Masters Touch began their agricultural journey with 3 small raised beds. Planted in the beds tomatoes, peppers, greens, and herbs as well as a small tilled area no bigger than 20ft x 3ft of green beans. The small beds produced modest amounts that wasn’t enough to even feed one person, let alone a congregation. The beans grew well but it soon became apparent for this small church of seniors that getting their congregants into the field to pick the beans wasn’t all that easy. But one by one they came day after day.  When I would check on the garden, sure enough – a member would be in the field picking those beans! The church who manages a small food pantry for locals decided to give the beans to the attendees, supplying fresh produce to those who seldom got it.

Click here to read the backstory behind our first update from The Masters Touch Ministry in June, 2022.

As discussions for the Fall garden began, Mrs. Eddy and Ms. Pat and I all agreed the one thing A Masters Touch needed was volunteers. We signed them up with local colleges and schools, yet the volunteers didn’t come. Then a blessing came in the form of a former farmer, Ms. Gloria. Gloria, who has experience operating her own small farm as well as being a state certified master gardener, liked what she saw. A dedicated church, a garden plot and most importantly a population in need of fresh produce. Gloria agreed to help A Masters Touch coming out every Tuesday in order to turn their garden into a farm. One of Gloria’s first calls was to me was asking for 5yds of compost. Now for those of you who don’t know what 15yds of compost looks like, it is about 15 loads in my F150 Truck. Painstakingly, over two days the ladies and I went to work. I hauled and unloaded the compost and they would spread it over the newly tilled 150ft x 30ft plot. The days where hot and the arms sore, but over those two days we got it done!

Now it was time to farm! Gloria had the confidence of someone who has farmed her whole life – began to make rows. Over 30 of them to be exact!  And after completion of the rows, they transferred in the veggies: collards, turnip, mustard, broccoli.  All these small sprouts had to be gently transferred from the small wooden beds into the field of rows.

After we were done, it was hard to call this a garden anymore, this was a farm!  The example that these 3 wonderful ladies set for me is clear, you can do it. I know the work seems daunting at times but your church can do it. If not already a member reach out to your local BCFSN coordinator to join, and if already a member and you need help reach out to them as well. Don’t feel like you’re in this by yourself, you have a whole network behind you of dedicated individuals who will do everything we can to make you succeed. And turn your garden as well into a farm!